Various Toronto events in September highlighted encouraging pockets of diversity and inclusion. The Toronto International Film Festival returned to being fully in-person. One of the TIFF panels was called ‘Microsession: Underrepresented to Unstoppable’ discussing the importance of increasing representation, equity, and inclusion within the film industry.

On the panel were Franklin Leonard, Minhal Baig, Natalie Morales, and moderator Kevin Warren, EVP & Chief Marketing Officer of UPS. Some of the memorable quotes were:

“We are still a little bit behind in responding to what audiences actually want to see. Because it’s not what a bunch of CEOs at the top feel like people want to watch because if that were true, you would have more people going to theatres than ever.”

-Minhal Baig, director of One Night and Hala and writer of BoJack Horseman

“There’s three archetypes [for a Latina actress]. It’s either the maid, the sexy seductress, or the New York Rican and tough girl. And I never really fit into any of those rules. They felt inauthentic."

While there is more to do, it’s important to celebrate what has been achieved in bringing audiences closer to the kind of stories they want told.

If you enjoyed this issue, please share it with a few friends, especially young people. To share this issue, use this link. 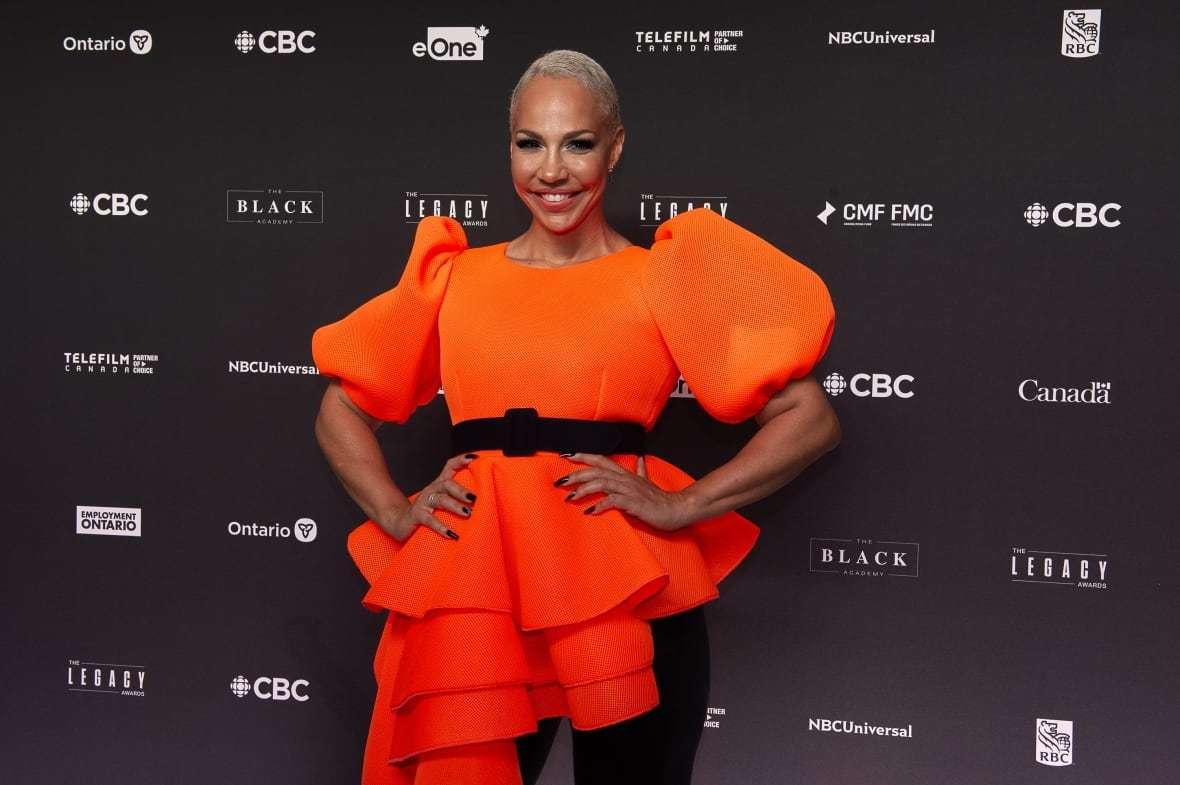 "To have space, to hold space for the amount of Black talent that we have here, for future generations will tell them that they matter, that there is so much room for them, to tell them to aim higher. And I can't wait to see what happens with this in 25 years."

Online streaming giants like YouTube and TikTok are asking Canadian senators to take a close second look at Canada's new Broadcasting Act, Bill C-11, which is about to make its way through the legislative process. Spinning Forward covered Bill C-11 in June 2022 here.

According to Jeanette Patell, YouTube Canada’s head of government relations, the current wording of the legislation gives the CRTC (Canadian Radio-television and Telecommunications Commission):

Patell says the current wording of the legislation gives the CRTC authority to regulate anyone who directly or indirectly has earned revenue from their posts, which is “effectively everything on YouTube.”

Some groups that support the current legislation include Canadian Association of Broadcasters, The Professional Music Publishers' Association in Quebec, The Indigenous Screen Office, the Black Screen Office and Community Radio Fund of Canada.

More than half of GenZ and Millennials want to become known content creators today. A 2019 Morning Consult poll found that 54 percent of Americans aged 13 to 38, would become an influencer if given that chance. According to a 2019 Harris Poll/LEGO of 3,000 kids, children aged 8 to 12, in the US and UK are 3 times more likely to want to be YouTubers than astronauts. Increasingly, content creators and other creative professionals who create content on platforms like TikTok and YouTube are getting recognized and known faster.

The biggest challenge in becoming known or famous is to balance setting aside time for your day job and your aspirations to be a successful content creator or actor.

In 2018, Geffrey Owens, who played Elvin Tibideaux on “The Cosby Show, was infamously job shamed for working at Trader Joe’s. Owens said the grocery store job allowed him the flexibility to book auditions while also paying his expenses. In an ironic twist, the media attention he received from Trader Joe’s photo helped him quit his job a year later because he got big and small acting roles. He also created an IGTV show called “Shift Happens”, where he interviews various people about their jobs and the dignity of working in such professions.

The fact is that starting a side hustle passion job while commuting to your day job is mentally exhausting because you struggle to find enough hours in the day. In the Creator Economy, there is a growing trend for creators to try to mitigate these factors and avoid burnout. Simon Owens wrote about the rise of career-adjacent creators. He notes the shift in leveraging time and expertise from your day job where:

“successful creators who built their careers not as a side hustle, but instead as a natural outgrowth of their already-existing jobs.”

"The funny thing is that I've been on social media forever, but I've not had that level of engagement. So I love it — I'm addicted.”

Milo Sterlini is a 28-year-old DoorDash delivery driver in London and also has a full-time maintenance job at a university.

In 2019, he started a YouTube channel, London Eats (54.6k subscribers), where documented his food deliveries in the city on his electric scooter. His most popular video where he recounts the theft and recovery of his e-bike got 700,00 views. Sterlini is one of many drivers whose videos are popular. The #deliverydriver hashtag has almost 745 million views on TikTok.

Owens correctly points out that being a career-adjacent creator eases the transition to becoming a successful full-time creator if you can leverage your time or expertise from a job. The ability to find ways create content throughout the day rather than do it all after your day job reduces burnout, extends your content creation runway, and speeds up monetization. It also reduces decision fatigue, which is a condition where your motivation and decision-making worsen throughout the day. I covered decision fatigue in Issue 7.

At 20, aspiring film director Reangsei Phos, from Thornhill, Ontario, took a big risk by dropping out of film school at Toronto Metropolitan University (TMU) to create his first short horror film “The Talisman”, which explores superstitious tendencies in Asian households. His crowdfunding campaign was successful on Indiegogo and raised $10,000. After two years of filming and editing during the pandemic, the only festival that accepted the film was NFFTY in Seattle. NFFTY’s tagline is equity in film with a new generation of filmmakers. Phos' film won the Audience Choice Award and was picked up by film platform ALTER on YouTube. The platform is a launch pad and community for filmmakers who are daring storytellers in the horror genre.

Like most filmmakers, Phos thought people would flock to the film because of the award and distribution. But they didn't. He then turned to TikTok to show behind-the-scenes clips of Talisman and others from future movies. His TikTok currently has 106k followers, 1.3 million likes, and 100 million views. Like many other minorities who pursue a creative passion, Phos told The Toronto Star,

"Had we not won at the festival, got picked up by ALTER, and gone viral on TikTok, I don't think my parents or I would have found this viable".

The reason Pho made The Talism is that he was frustrated with the lack of Asian representation in film. He pulled from his own superstitious childhood experiences growing up in Toronto. In the future, he says he wants to go further than just tap into Asian representation through culture and identity. He told Hypebeast, that he wants:

"We need to show the full spectrum. We need the Asian version of Breaking Bad and Uncut Gems. I’ve brought this mindset onto my latest film that I’m editing right now, All Bark Never Bite. It’s inspired by works of Haruki Murakami and the Safdie Brothers."

The Talisman short film is available on YouTube here.

John Cleese, an actor and comedian, gave a talk on creativity where he said,

"When I suddenly discovered that I could sit down with a blank sheet of paper and two hours later I could have written something that then made people laugh -- this was an extraordinary moment for me, and I thought, 'My goodness, I am creative."

In his book, "Hare Brain, Tortoise Mind", Guy Claxton writes about two parts of the brain that depend on each other. The logical, quick-thinking part is your "hare brain" that solves logical and mathematical problems. The second part is the slow-thinking, contemplative "tortoise mind" that is able to figure things out produce creative work.

Most creatives agree with Claxton who says, it's essential that you give your contemplative "tortoise mind" a safe space and time to figure stuff out and be creative. He calls this creative space the "tortoise enclosure". Firstly, you visit the same space where your mind is primed for creative flow each time. The space needs to be free of distractions and interruptions, and you must disable notifications, emails, and reminders on your devices. Secondly, you need to visit your safe space each time on the same schedule each week.

The important thing while using your tortoise mind in your safe space is to put logic and evaluation on hold. After you leave your "tortoise enclosure", you then use your "hare brain" to logically evaluate your ideas and select the best ones. This back and forth between contemplation and evaluation is how you get the best ideas bubbling to the top.

If you have a question or comment, reply to this email info@spinningforward dot com

If you want to suggest an idea, story or a creator for a future issue, just click on the Suggest a Link at the bottom of any issue.