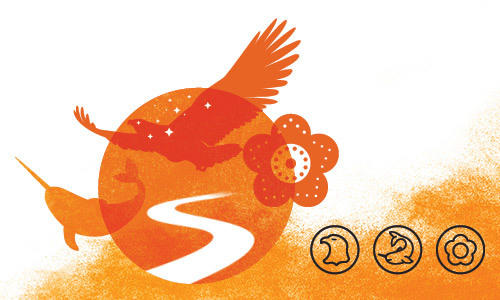 The National Day for Truth and Reconciliation in Canada took place on Sept 30th for a second year. The day coincided with Orange Shirt Day, recognizing the tragic legacy of residential schools, the missing children, the families left behind, and the survivors of these institutions. Zhaawnong Webb (pronounced zh-aw-wu-nung) explained on TikTok what exactly Truth and Reconciliation means.

It's encouraging to see how Indigenous people are sharing their truth and stories with each other and non-Indigenous Canadians. Historically, Indigenous people were taught to unlearn what it means to be Métis, Inuit, or First Nations through the Residential school system, the Sixties Scoop, or the Indian Act.

“We need to go back to sitting in circles, laughing together and talking and sharing space”.

If you enjoyed this issue, please share it with a few friends, especially young people. To share this issue, use this link.

"It's not a stretch to say that representation, like the kind of representation that's happening on social media for Indigenous young people, is lifesaving. Because, for once, we get to kind of see possibilities."

For Gen Z, TikTok Is the New Search Engine

TikTok became known for its viral dances and is known as the go-to app for entertainment by adults. But for Gen Z, the video app is more and more being used as a search engine. The value add for Gen Z is:

"that real people on the app are synthesizing and delivering information, rather than faceless websites."

It's about seeing how a person actually feels about a problem. Google is concerned.

"40 percent of young people, when they’re looking for a place for lunch, they don’t go to Google Maps or Search. They go to TikTok or Instagram."

In response, Google released YouTube Shorts in 2020. It shares vertical videos under a minute long and has started including them in its search results.

Content creators in Toronto and Canada have a new reason to take their careers to the next level through a unique partnership with Toronto-based HXOUSE and YouTube Canada called CNCPT. Many creators don’t know how to get started. CNCPT (pronounced concept) is a new program that combines the community building and creative talent of HXOUSE with YouTube’s powerful platform to build the next generation of Canadian creators.

“We know that YouTube is the lifeblood for creatives and entrepreneurs alike to get their message and brand out to the world, and that’s why we’re extremely excited to celebrate this historical partnership and program. Learning how to commercialize creativity has been a missing gap in Canada that we can now fulfill."

One highlight of the 2022 Toronto International Film Festival was the film Brother, directed by Canadian, Clement Virgo. He was born in Jamaica but grew up in downtown Toronto's Regent Park neighborhood with a single mom who arrived in Canada with four children.

The film was adapted from the book of the same name by author, David Chariandy. The book won the 2017 Rogers Writers' Trust Fiction Prize, the 2018 Toronto Book Award and the 2018 Ethel Wilson Fiction Prize. In a 2017 interview, on growing up in Scarborough, Chariandy said:

“My experience was the experience of many others: feeling fear. That experience of not doing anything wrong but all of a sudden realizing that the gaze is falling upon you in a different way than others."

“I guess that would be the condition of growing up Black or a visible minority. You grow up being anxious of and fearing those in authority because they can make or break you, and that applies not only to police officers, but you feel the gaze from teachers, from shop owners, security guards and everyday upstanding citizens who just look at you a certain way.”

While the characters experience harsh realities of discrimination, Chariandy, ultimately wanted to tell a story of resilience, creativity, and the work ethic of the people of Scarborough — and capture the city's “life and vitality that you don’t always see in headlines.”

The film, Brother, is a coming of age story set in the early 1990s in Scarborough about two Jamaican Canadian immigrant brothers who are navigating their truth and identities, their family dynamics, and how to find their place in the community. The story see their dreams dashed by the violence and heavy-handed law enforcement of Scarborough.

Brother stars Canadian actor, Lamar Johnson as Michael and British actor, Aaron Pierre, as his older brother, Francis. Johnson, who acted in The Hate U Give and Native Son in 2018, grew up in Scarborough in Toronto's east end and identified with the story as a first-generation Canadian. Director, Virgo in a TIFF interview said he wanted to introduce the world to Scarborough's uniqueness, where working-class immigrant families can succeed in the same way other unique cities do like Brooklyn, Compton in the US, and South London in the UK. Virgo wanted to showcase the richness of a multidimensional and culturally diverse Scarborough, despite the negative stigma city and its visible minority residents received in the 90s from the media. Virgo says,

“I wanted to honour immigrant parents. Scarborough represents the future when you have all these cultures around the world gathered in this place. People will experiment here and try each other’s food. It’s why everybody knows how to use a chopstick in Scarborough.” 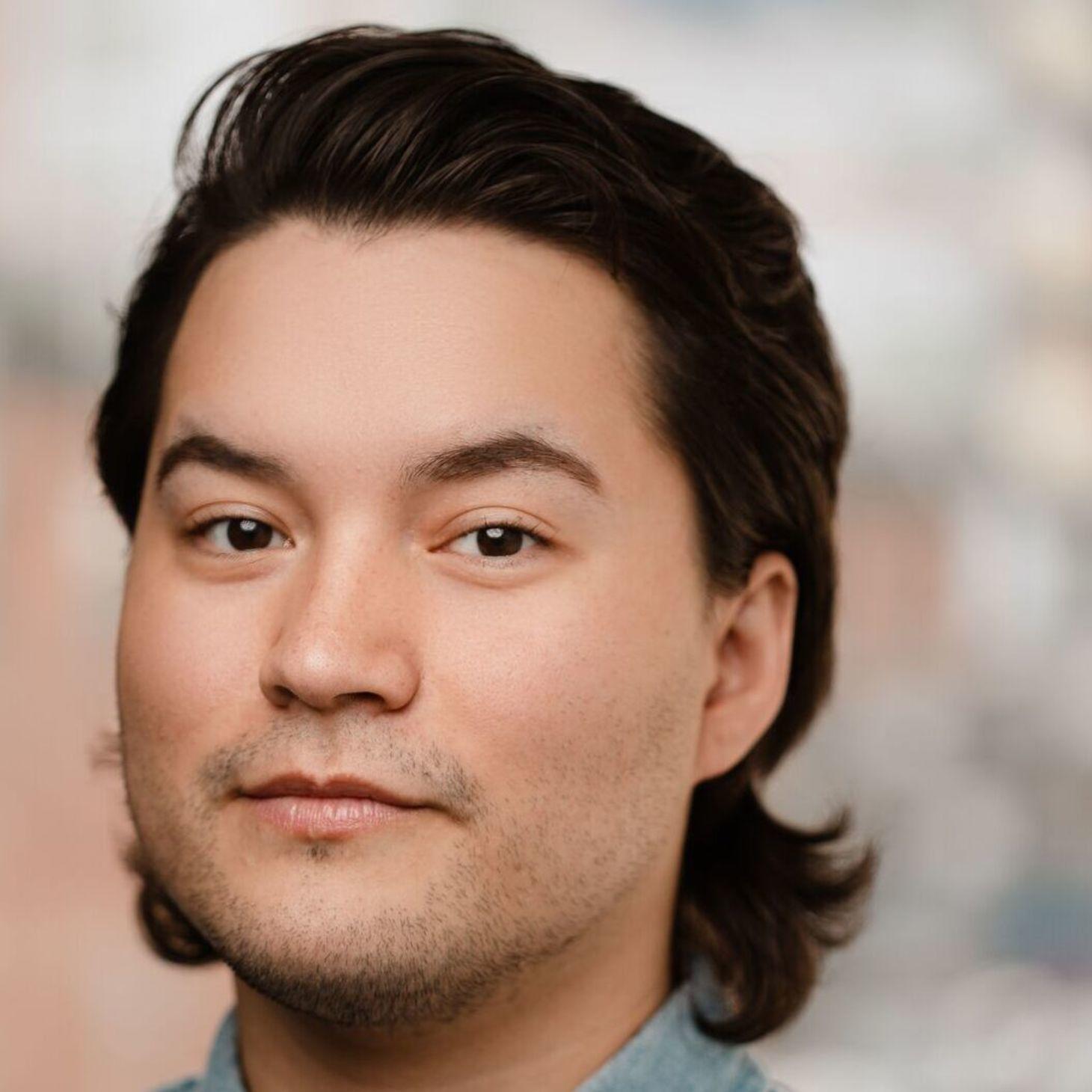 Kairyn Potts is an Indigenous Two-Spirit man from the Alexis Nakota Sioux Nation. Originally from Edmonton, he lives in Dish With One Spoon Treaty territory in Tkaronto (Toronto). Formerly a social worker, he is an Indigenous youth advocate, motivational speaker, resource developer, content creator, fashion model, actor, and comedian.

With more than 250k followers on Instagram and TikTok, Potts' videos are a mix of entertainment, education, and awareness, comedy, life skills and lessons, and activism. He told the CBC,

"I've known that Indigenous people were creative my entire life, but it seemed like the public didn't really get a chance to see that."

"It's not a stretch to say that representation, like the kind of representation that's happening on social media for Indigenous young people, is lifesaving. Because, for once, we get to kind of see possibilities."

He made a popular TikTok for Truth and Reconciliation Day to remind Canadians that trauma for Indigenous people is ongoing due to the harm and long-term effects of the Indian Residential School system. Indigenous are among the fastest-growing populations in Canada. 7.7% of children are under 14 yet 53.8% of children placed in foster care were Indigenous according to 2021 data from Statistics Canada.

In another TikTok video, Potts tells the story of a young 7-year-old Indigenous boy being taken away from his family, stripped of his culture, forced to learn Catholicism and abused by his caregivers. Near the end, he reveals the boy's story is not from the Indian residential school system in Canada but is more recent and autobiographical. Potts says,

"That boy in that story I was referring to? That was me. All of that happened in 2000. And it continues to happen today."

His experience of landing in the child and family services system resonated with thousands of people in the video's comments. Indigenous people shared similar stories and non-Indigenous Canadians and Americans expressed shock, dismay, and sadness that Potts and Indigenous youth are still suffering.

Potts' goal as a content creator and role model especially to young people is to educate and entertain. He wants to achieve that through a combination of truth-telling and by bringing Indigenous laughter to his audience. He says,

Potts is embracing his online success and that confidence is keeping him busy pursuing other opportunities. He co-founded an Indigenous gaming company called Neechi Clan. He's writing a serialized web series and also working on a feature film. He also wants to help other Indigenous people explore creativity and be able to tell their stories.

To fight bias, mention your race or gender when seeking help

A 2022 study published in Nature Human Behavior found that you should explicitly highlight your identity (eg - gender or race) when asking for career help. Wharton School researchers surveyed young people who identified as women or members of racial or ethnic minority groups. Only 35% wanted to share their identity saying,

“I’m worried I’ll come off as needy or seeking attention or like I’m playing this ‘race’ or ‘female’ card if I mention my identity explicitly.”

For decades, it's been shown that women and racial or ethnic minorities receive fewer email and job application responses than their male counterparts due to name bias.

Female or minority senders who mentioned their identities were 24.4% and 79.6, respectively, more likely to get a response compared to those that excluded their identities. Emails mentioning identity received responses that were 32% longer. Additionally, 39% of respondents were more likely to set up a phone call or meeting. Surprisingly, 60% of politicians responded to email messages from Black men, especially when requesting the politician to write back with “a few words of wisdom for a young Black man hoping to one day become a city councilor, like you.” Mentioning identity benefited women and racial or ethnic minorities regardless of a politician's ideology, Republican or Democrat-leaning states, the city's size, demographic diversity, or wealth.

The researchers found that mentioning one's identity increased response rates based on a prevailing view.

"People see the help requests as an opportunity to prove, to themselves and to others, that they support women and racial minorities and therefore are not prejudiced. ... Everyone wants to believe they're a good person, and that desire drives a lot of their decisions."

Name bias and other forms of discrimination are real against women and racial minorities. Diversity, equity, and inclusion have remained top of mind in recent years, thanks in part to global protests and media coverage bringing racism to the forefront. If this resilience hack works for you, please let us know.

To share this issue, use this link. To view past issues on the Web, go here

*For questions, comments or sponsorships**, reply to this email or send a note to info@spinningforward dot com

If you want to suggest a story or a creator to profile, click here or the "Suggest a link" at the bottom of any issue.